This time, Brodsky has awarded himself The Black Ribbon Award for various questionable behaviors, the nature of which should remain unspoken—at least here, and by us. Fast on the shit-hot heels of last year’s catchy-as-fuck Pet Genius long-player, Brodsky has returned to his signature one-man band format, recording 18 tracks of melancholy melodiousness at Club Awesome in Somerville, MA.

The songs within were all originally written back in the ’90s, when Brodsky was piloting the almighty, ever-morphing Cave In through the thankless stream of commerce. Seriously, the vocal harmonies on this one are enough to make a grown man (read: us) weep.
Read more…
0:00/??? 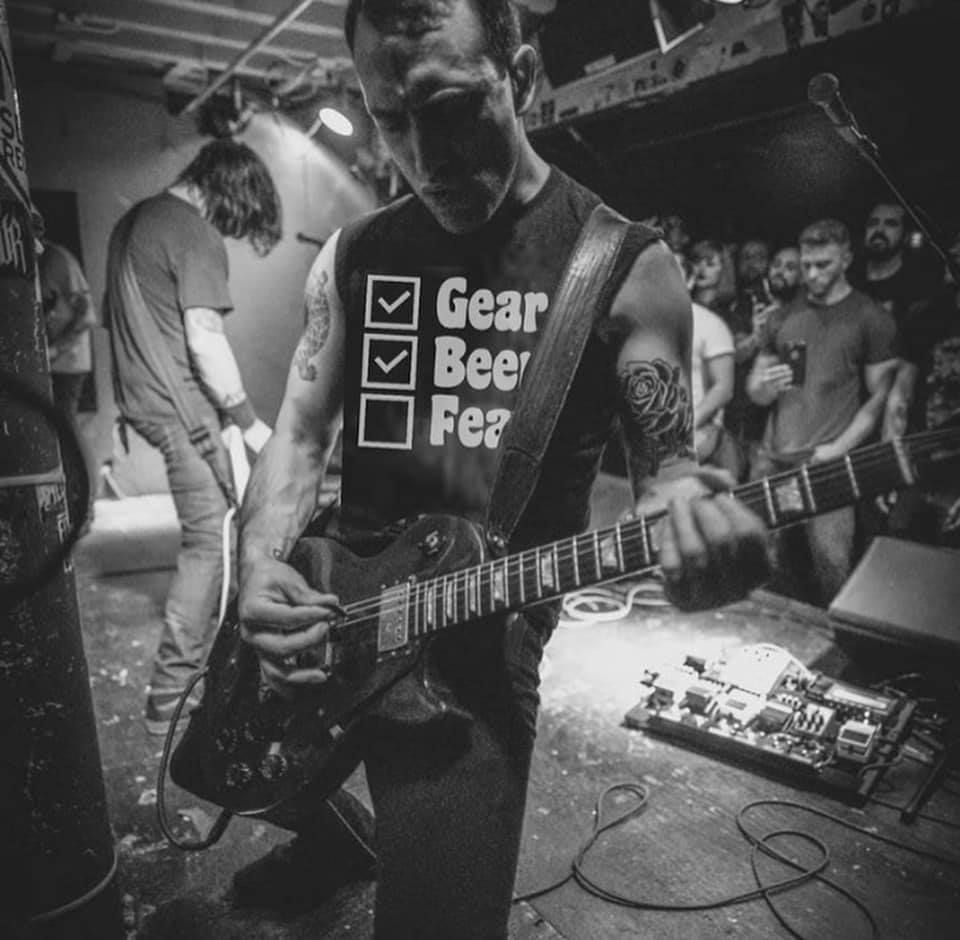 Listen to the new episode of the Rigs of Dad Podcast with Stephen Brodsky of Mutoid Man below or here.

"Stephen Brodsky is most known for his work in Cave In, Mutoid Man, Two Minutes to Late Night, and almost every other musical project that I have been listening to for more the last two decades.  Excellent look into the mind of the madman behind the riffs, tones, effects, vocals, and more.  We talked about the evolution of Cave In's sound, the writing process for his many projects, what makes the business side of the "Music Business" tolerable, and much more." – Rigs of Dad

Mutoid Man maestro and Two Minutes to Late Night staple Stephen Brodsky notes "the glue" he needed to stick with guitar lessons and traces how Led Zeppelin steered the evolution of his bands.

Via Hooked on Premier Guitar

Guitarist ,Stephen Brodsky, in this month’s issue of Kerrang Magazine.

Check out the feature on Stephen Brodsky and Nick Cageao in the August 2017 issue of Guitar World – on newsstands now.

And don’t miss Mutoid Man on their US tour HERE 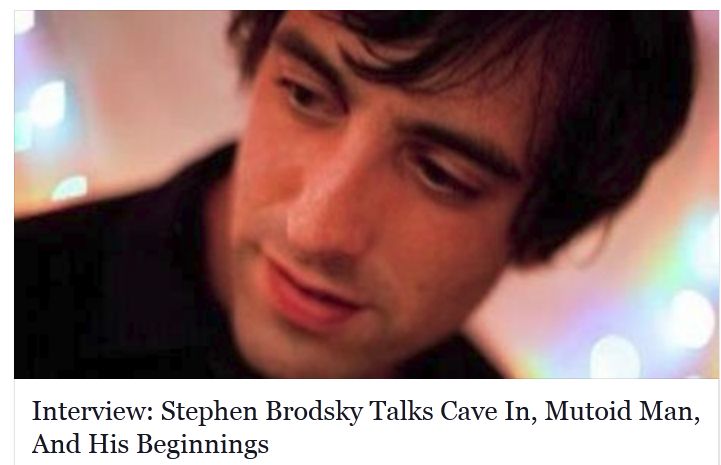 You probably know Stephen Brodsky as one of the most prolific musicians in the underground scene. He was a member of Converge during the band’s early days, and he founded Cave In.

Cave In alone is enough to show Brodsky’s dynamic approach to music: No two albums sound the same. His most recent project is the sludge-laden punk trio, Mutoid Man. The time signatures on Helium Head are something you’d expect from a progressive band, but that doesn’t compromise the band’s punk roots: The sound is ultimately relatable, and not soaked in the academic pretentions of other bands looking to explore unorthodox rhythms.

I got a chance to talk with Brodsky recently. He told me what I can expect from the upcoming Mutoid Man full-length, as well as some of his musical inspirations.

What inspired you to start playing guitar and writing music?
I guess I just wanted to be good at something. I played sports when I was younger but never felt like I was competitive enough for the team. With music, I could be competitive with myself, and that was more my speed.

What was the hardest thing you had to overcome during your development as a musician?
I'm very impatient by nature. Not always the best quality when you're starting out. The first song I learned to play on guitar? "Patience" by Guns N' Roses.

Your music ranges from indie rock to metal. Is it ever difficult to channel such an eclectic background?
Well, it's all within the realm of rock n' roll. But yeah sometimes I suffer a bit from option paralysis, being able to conceptualize the same song in different styles. I guess it all depends who I play with. Then I can weigh heavier on certain aspects and back off with others.

What inspired the drastic change in Cave In’s sound?
From the start, I never wanted Cave In to be a straight-up hardcore band. And it took some time for us to figure out how to do that successfully. All the trial and error wouldn't have been possible without a group of willing participants. It takes more than just plugging in a delay pedal.

Would there be any genre of music you’d be opposed to exploring?
I can't say that I'm against any particular genre of music. But I draw the line with anything that's lyrically homophobic, sexist, racist, or generally hateful.

What’s the process of writing music like for you?
There needs to feel like a certain level of invention. That usually permits me to open myself wholly to an idea. Then vocal patterns, maybe a lyric, and finding the right sense of conviction to sing it. Lastly, leaving some room for spontaneity.

What can we expect from the upcoming Mutoid Man full-length? How will it compare to Helium Head?
Sonically there's a bit more breathing room with the LP than Helium Head, which was pretty much balls to the wall. And since Nick joined the band, we wrote everything as a 3-piece, which had a huge impact on our songwriting. Plus our producer Kurt Ballou had some great input, and overall I'm very pleased.

What’s the biggest change you’ve noticed in the underground music scene since the rise of social media?
The level of archiving online seems to have taken a massive leap. On a weekly basis, I get tagged in all sorts of videos, flyers, artwork, photos and things relating to my music. Some of it's new to me, other stuff I haven't seen in years... mostly it's endearing, sometimes a little embarrassing, and always interesting.

What albums/bands are you currently getting into?
I'm still reeling from Earth's "Primitive And Deadly." From the Cave In camp, both Old Man Gloom and King Duane Sunnapee released some great stuff recently. And I'm always making up for lost time - just now getting into stuff from Pig Destroyer, Baroness, OM, Gospel, Rainbow... oh, and the new Smashing Pumpkins has a few good tunes - is that a guilty pleasure?

2014 was the first year without a platinum selling record. What do you make of the current state of the music industry?
I have mixed feelings. For me, the only thing that stays the same is wanting to put my head down, plow forward and strive to do better. There's no reason to stop until I come as close as possible to perfection. If you can get into that mindset, then the music industry is nothing but wallpaper.

Is there anything else you would like to add?

Thanks for your support.